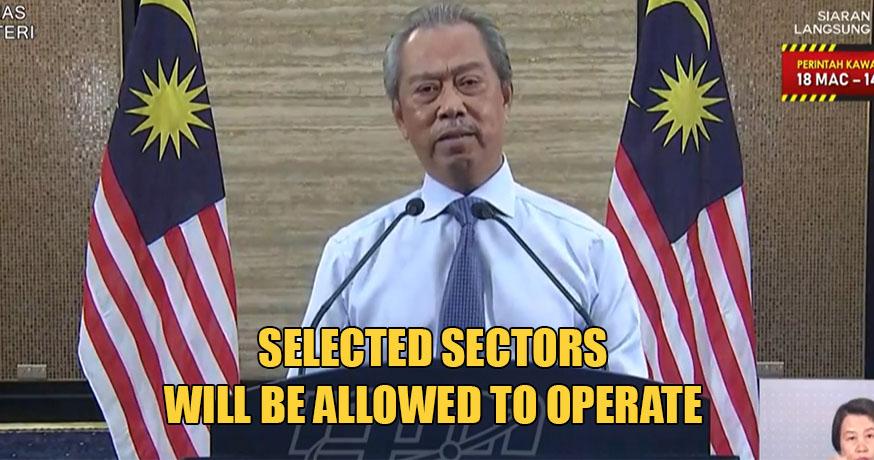 In his live televised speech today, Prime Minister Tan Sri Muhyiddin Yassin has announced the extension of the Movement Control Order for another two weeks, and to tentatively end on 28th April 2020. In addition to the mentioning of the extension of the MCO, he has also added that selected business sectors will be allowed to operate during this new period.

However, he has stressed that this does not mean a relaxation of the MCO Guidelines, as these selected sectors of businesses will have to operate under strict and stringent regulations to prevent the possible spread of Covid-19. The Prime Minister adds that the operation of these sectors will begin in stages, and a special task force in the Cabinet will assess which sectors, in particular, will be allowed to resume operations.

The list of industries is expected to be announced soon.